It was dark the first time I drove down the 8 miles of rocks and gravel that connects civilization to Camp Eagle.

Almost a year later, I’m back. This time with my husband and plenty of south Texas sunshine to light our way.

It’s not a bird camp. We’re here for the J&J Race and Trail Running Reunion, an excellent excuse to meet up with birds from across the Lone Star State (and Kansas too) to run, cheer and catch up.

I’m here to cheer. I trip on “ghost holes” while walking across carpet. Trail running is not in my biology. But I love to be a fan and I love watching these women do incredible things.

When we finally pulled off the gravel and up to our cabin, I haven’t walked more than a few feet until I hear my name, “VALERIEEEE!” It’s Megan, an honorary Lone Star Bird from Kansas City and she is a bundle of excited energy and chatter. She jokes about how she’s “crazy” and chides herself for signing up for this race.

She’s nervous. But she’s glowing. Like a kid about to go off to college for the first time. 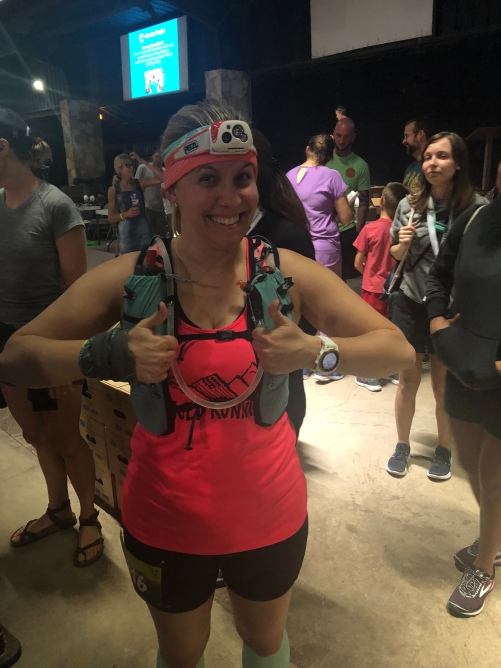 And for good reason. Megan is just hours away from beginning her first 100k (62 miles) trail race.

Soon the sun sets and that deep rural darkness blankets Camp Eagle. It’s a moonless night. But there are plenty of stars.

It’s 8 p.m. and the 100k runners are lining up near a green and yellow inflated arch. Their bodies are silhouettes behind the bouncing balls of light that will be their only source of vision until sunrise.

Megan is one of those 23 orbs. She’s hopping on the balls of her feet. She has a manic smile.

“I’m really excited – I’m ready to get going,” she says. Her voice lowers. “I’ve got a long, long run ahead of me. I’ll try to finish before dinner tomorrow.”

The next morning, at 6 a.m., the 50k racers are gathering at the arch. Megan has been running for 10 hours.

Lone Star Bird Aracely is getting ready for her first 50k. She’s got the same manic grin as Megan and she’s doing side lunges while her family gives her a pep talk.

“Don’t worry – the sun will be up soon,” someone says. 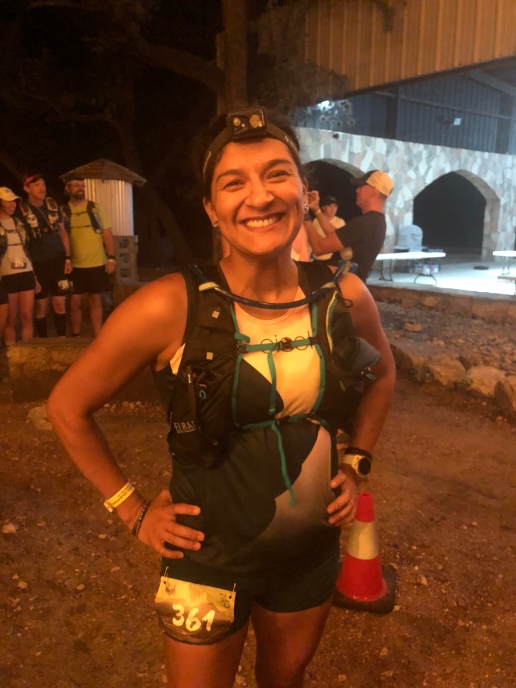 Another voice chimes in, “Don’t worry! You’ll be missing the dark when that hot sun comes up!”

Their laughter is interrupted. The race is about to start.

Over the next few hours. Many more Lone Star Birds line up for the 25k and 10k races.

Katlyn Phillips sails into a first-place female victory in the 10k.

Aracely is 4th female overall, and first in her age group.

But every runner knows not every race is going to go as planned.

After 16 hours and 4 minutes, Megan is pulled off the 100k course. Dehydration and stomach upset resulted in missing the cutoff for the final loop by 8 minutes. But she’s run an astounding 40 miles – on the toughest trail course in Texas, in the dark.

Megan’s is blue. With proud emotion, Melissa reads the meaning behind Megan’s flower.

“I believe in me and my potential. And I’m going to succeed because I’m brave enough to think I can.”

Megan limps over to take her flower, wiping away tears. Despite her sore legs and her still-not-settled stomach – she smiles. Her tears evaporate into an expression of defiance.

“I’ll be back next year,” she says. “I’m coming back and I’m finishing this race!” 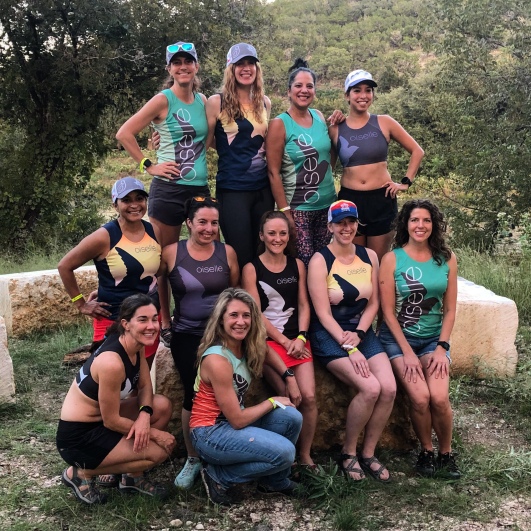 I write for other people for a living. This blog is about me writing for myself about the things that make me happy - especially running. I'm a member of the Oiselle Volee. I run with White Rock Running CoOp, Dallas Running Club, and the Dallas November Project. I have a beautiful dog named Matilda who I love to run with and an awesome husband who is a great supporter and #brobird. View all posts by Valerie Gordon Garcia